Rates of North Carolina gun permits continue to go up. In less than two weeks, Franklin County received over 120 permits. (Permits are only required for pistols.) 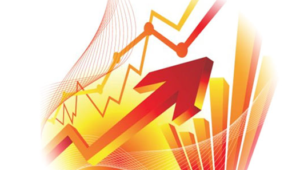 Similarly, North Carolina gun and ammunition retailers are reporting a boost in sales—some areas are experiencing triple the number of sales. Ammo shortages have been reported as existing and new gun owners create their own inventory of firearms supplies before President Obama’s gun legislation changes are announced. The new gun laws may prevent access to certain types of firearms. Some North Carolina ammo stores imposed buying caps in order to keep enough supplies in their stores for other gun owners.

Buying a gun in North Carolina requires more than a permit. Any time a firearm is transferred, special documentation must be completed. Whether you are buying a gun for the first time or you are a life-long gun owner, there are responsible ways of transferring the ownership of firearms that will protect you from unintentional criminal liability. Special documents are required, like the ATF Form 4, every time a NFA Class III item like a suppressor, sawed off shotgun or short barreled rifle is transferred. You can view a sample of the ATF Form 4 here or contact our North Carolina firearms lawyers for more samples.
Tom2017-03-16T19:48:54+00:00