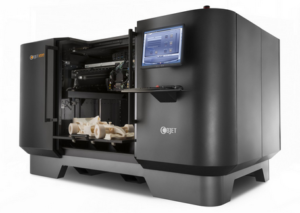 The term “3D printing” has been around for almost two decades, but it has become widely known in recent years as prices have become more affordable for the consumer market. Once an expensive technology used by the military and movie studios, 3D printing is now easily accessed at home with some printers priced at just over $2,000. 3D printers can create just about anything. They have replicated cars, jewelry, skin tissues, steel, and now a gun market may be growing for the 3D printing of high-capacity magazines.

Since 3D printing is new to the consumer vernacular, some gun owners may be skeptical of the production quality. Organizations have been testing magazines created by 3D printers. In one study, no damage is shown after dozens of rounds. In another, the gun fell apart after a few shots.

A federal gun law proposal addressing ammo magazines used for various semiautomatics that hold more than 10 rounds would make these types of magazines illegal. Some states have already approved of gun laws that now ban specific magazine sizes. Currently, gun laws only apply to the buying and selling of magazines. Some ban proposals are being prepared to address 3D magazine manufacturing.

What laws affect the 3D printing of magazines? Right now it is legal to make your own guns, but not to distribute. These “homemade” magazines are created with a plastic material, which is not picked up by metal detectors. Lawmakers are interested in legislation that will address security issues. According to TechCrunch, the corner of the Internet dedicated to shifts in technology, New York is proposing a law that would “make it illegal to manufacture, own, transport, buy, or sell any firearm or magazine that is homemade and not detectable by metal detector and/or does not present an accurate image when put through an x-ray machine.” Southern Gun Law Group’s gun trust attorneys in North Carolina, Florida and Tennessee have not seen these states prepare gun law proposals on 3D printing—yet.

How can gun owners use 3D printing to create magazines for their guns? Pricing and accessibility of 3D printers is no longer a challenge. In terms of design, complimentary CAD files are being shared by gun owners in online forums, making the specs simple to acquire.

Just as gun and ammo sales skyrocketed when talks of changing federal gun legislation started in late December, the 3D printing market may see the same spike in activity as the focus of gun owners shifts. Responsible gun ownership means possessing and transferring firearms legally. Talk to a gun trust attorney about incorporating all of your firearms—both commercially made and 3D printed—into a gun trust to safely “store” your firearms. The laws for 3D printed guns and gun parts are not being made as fast as 3D printed parts. We should see gun laws addressing 3D printers sometime in 2013.