What About Gun Insurance? 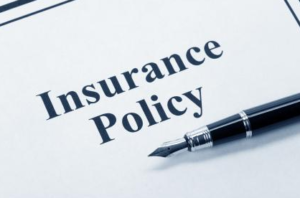 Some states are proposing new laws for gun owners that would require them to purchase liability insurance for their firearms. If the laws pass, anyone owning firearms without insurance would own their firearms illegally.

Lawmakers are hoping a move in this direction will make it more attractive for individuals to purchase “less dangerous weapons,” according to the New York Times. However, the proposals are being received with scrutiny over whether this change in legislation takes away American citizens’ constitutional right to bear arms.

Just like car drivers are offered discounts on their insurance for accident-free history, defensive driving courses, and their vehicle’s safety components, gun insurance providers would offer their own variety of discounts for taking firearms safety classes, owning guns with safety locks, and other features. The cost? Policies are typically under $500 annually.

What can gun insurance policies cover?

Right now discussions are taking place about whether policies should cover costs associated with intentional shootings–self-defense if an intruder breaks into your home, for example–or if the policies should only cover negligence. Gun owners have choices: There are insurance companies that write policies only for unintentional acts and there are others that offer umbrella options to cover self-defense situations. Owners of Title II firearms will have to research and find gun insurance companies that write policies for automatic firearms and short-barreled rifles and shotguns. The coverage is available, but not all gun insurance providers offer it.

Right now North Carolina, Tennessee and Florida have no gun laws requiring insurance coverage. In fact, not one state has adopted this potential requirement. Six states are currently reviewing proposals concerning the law as of this writing. If the law goes into effect, individuals may not be able to purchase a firearm without proof of insurance. With a gun trust, firearms are not owned by an individual, instead they are owned by the trustee on behalf of the trust. That may requirement a special type of insurance, endorsement or additional insured.
Tom2017-03-16T20:25:57+00:00