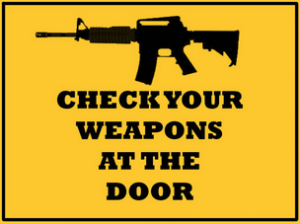 A ban on assault weapons expired in 2004, but a move to reinstate it was approved this week. The Assault Weapons Ban of 2013 is a bill that, if approved, will terminate the transfers, sales, importation, and manufacturing of assault weapons in the United States.

How would the assault weapons ban affect gun owners?

Ammunition magazines would be limited to 10 rounds
157 types of guns would be included in the ban
Includes all semi-automatic weapons that can take a detachable magazine
Includes all semi-automatic weapons that have at least one military feature
After-market modifications included in the ban: bump or slide fire stocks, “bullet buttons” and thumbhole stocks

Our gun trust attorneys explain that in order to be grandfathered in, gun owners would need to legally own firearms before the ban is enacted. Also, certain weapons are exempt from the proposed ban, including: Manually operated firearms (bolt or slide-action), weapons owned by active and retired military and law enforcement, and antique firearms.

It is not expected that the ban will pass as debates are brewing over its infringement on the constitutional right to bear arms. Firearms and their accessories, for both NFA and non-NFA items, can be placed in a gun trust. If you currently own or are planning to acquire semi-automatic weapons before the potential ban takes effect, contact a gun trust attorney to learn how to structure your firearm collection in a “legal gun safe.” Gun trusts offer trust owners flexibility should they need to make amendments to protect themselves, authorized users, and beneficiaries of their firearms should laws change. Learn about the features of gun trusts here.