The North Carolina Senate approved a bill last week that changes how an individual will be charged for gun use under certain circumstances. The bill, which is now moving to the House, makes it a felony to fire a gun in an occupied building or structure with the intention of inciting fear. 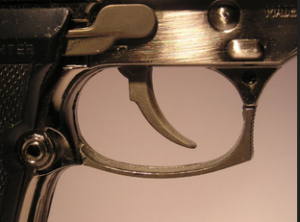 In the past, if anyone fired a gun under these circumstances in North Carolina, they would not face criminal charges. Authorities would charge the individual with misdemeanors.

The North Carolina gun law change was prompted after a man fired a gun several months ago inside a Wal-Mart, damaging merchandise and frightening customers and employees. The 20-year-old man was charged with misdemeanors for carrying a concealed weapon, going armed to the terror of the public, malicious injury to property, and shooting into an occupied building.

Labeled the “Shoot From Inside” bill, the amendment above is one of the dozen proposed changes to North Carolina gun laws currently on the table. From armed security at North Carolina schools to protecting the right to keep and bear arms, there are still many more changes to come.
Tom2017-03-16T20:36:26+00:00