Marijuana Users Will be Banned from Owning Guns 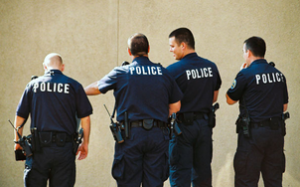 According to laws addressing marijuana use, it is illegal for anyone charged with the possession or use of marijuana from possessing or buying a firearm. This is an issue that surfaced in 2011 and caused issues for gun sellers.

Gun sellers must complete federal paperwork when transferring weapons to a buyer. Firearms transfer forms required by the Bureau of Alcohol, Tobacco, Firearms and Explosives (BATFE) mandate that gun owners answer ‘yes’ or ‘no’ regarding their use of marijuana. Falsification of these forms is a federal felony.

Individuals who reside in states where marijuana is legal may be scrutinized just the same as those in states where marijuana use remains illegal. North Carolina, Florida, and Tennessee, the states served by the Southern Gun Law Group, do not recognize the legal use of marijuana. Even though some states have legalized marijuana, it is still illegal to possess or use marijuana under federal law.
Increasing restrictions on gun ownership can make gun trusts even more attractive to gun owners. Storing weapons in a gun trust removes ownership from an individual and instead allows the trustee and beneficiaries to legally access the firearms “owned” by the trust, although the persons using the items must still be legally able to possess a firearm. Multiple firearms, both NFA and non-NFA, can be included in a gun trust. Our gun trust attorneys in North Carolina, Florida and Tennessee draft all necessary documents and guide individuals through the gun trust creation, ensuring paperwork meets both state and federal requirements.
Tom2017-03-16T20:40:11+00:00