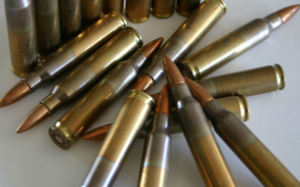 A dozen changes to North Carolina gun laws have been proposed in 2013. About the same number of proposals were made in Florida, but only one bill affecting Florida gun law passed through the Legislature.

House Bill 1355 (Purchase of Firearms by Mentally Ill Persons) sets out to change eligibility for gun ownership in Florida based on mental competence. Current laws state any person who voluntarily enters a mental institution is legally permitted to purchase a firearm when they are released from the institution. Involuntarily admitted patients are not allowed to buy a gun under existing law once they leave a mental institution. The bill would change the law and make it so that anyone admitted to a mental institution, regardless of the voluntary or involuntary nature of their admission, would not be allowed to buy a gun after their release–if they were also involuntarily examined under the Baker Act. If they already had an active permit for carrying a firearm, that permit would automatically be suspended or revoked, pending a judge’s decision.
The Baker Act was passed in 1971 and makes it possible for doctors and mental health professionals, law officials, and judges in Florida to request an involuntary mental examination of an individual based on evidence of mental illness or if they may cause harm to themselves or others.
House Bill 1355 will take effect July 1, 2013 if it is passed into law. As part of the proposed law, the individual’s admission agreement, record of the finding, certification, notice, and written acknowledgement must be submitted within 24 hours of an involuntary examination to the clerk of the county court in the same county where the exam was made.
In early May, thousands of people contacted Florida’s governor asking for House Bill 1355 to be vetoed. Although there are no bills yet, other proposed gun law changes in Florida include creating an anger management class requirement and making licensed gun dealers the exclusive sellers of firearms in the state, taking away the ability to purchase firearms at gun shows.
If you’re concerned about how proposed gun law changes may affect your Florida gun trust, contact the lawyers at Southern Gun Law Group. You can learn how these laws apply to you as a responsible gun owner, authorized users you have appointed, as well as the firearms included in your gun trust.
Like our Facebook page and follow us on Twitter to stay up-to-date with Florida gun laws.
Tom2017-03-16T20:41:17+00:00