What Does the North Carolina ‘Save the Gun’ Bill Mean? 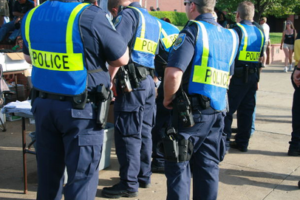 In mid-May 2013, the North Carolina ‘Save the Gun’ bill (or more formally the “Disposal of Abandoned Firearms” House Bill 714) was passed. If the bill passes into law it will change law enforcement officials’ limitations for disposing firearms.
North Carolina’s Save the Gun bill would remove officers’ authority to destroy operable firearms, regardless of whether or not the firearms were used in a criminal act. What firearms fall under the proposed legislation? Weapons must meet the criteria below:
The bill sets forth new permissions for the use of firearms that are obtained by law enforcement officials. Instead of destroying firearms, officials would be permitted to:
If passed into law, the Save the Guns bill would pose concerns about what defines “fully-operable” and how this will be determined for each gun. Firearms that are acquired through North Carolina gun buyback programs, confiscated from criminals, or that are surrendered to officials would fall under the new regulations if they meet the firearm criteria above.
The new weapon disposal regulations will take effect on July 1, 2013 if lawmakers continue to pass the measure.
Tom2017-03-16T20:43:32+00:00