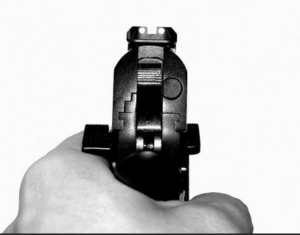 Guns & Ammo Magazine recently announced their 2013 national rankings for the Best Concealed Carry States. The gun trust attorneys at Southern Gun Law Group serve Florida, North Carolina, and Tennessee, so we will look at our states and some new and pending legislation changes affecting gun owners:

#17 – Florida
Florida’s Stand Your Ground Law made national headlines this year due to the Trayvon Martin court ruling. (Learn how Florida’s self-defense laws compare with North Carolina’s.) When it comes to concealed carry laws, other states craft legislation based on the Sunshine State’s existing laws. Even with controversial changes for ‘mentally ill’ gun owners approved by the governor in June, this year Florida also came in as the top state in the South with respect to gun laws. (No restrictions on modern sporting rifles.)
#25 – Tennessee
Reciprocity ranks high as Tennessee honors licenses from all states. However, this state enforces restrictions on where firearms may be carried. Latest gun law change? A “guns in trunks” law went into effect July 1, 2013 that permits a valid handgun-carry permit holder to bring their firearms to their employer’s parking lot and legally store their firearm (and ammunition) in a locked vehicle.
#27 – North Carolina
A North Carolina gun law passed in 2013 that makes it legal for gun owners to possess a firearm in establishments where alcohol is served, and store firearms in a locked vehicle on university campuses and state properties. Concealed carry permits are not just important for possessing firearms. Was a gun gifted to you that you were not expecting? In North Carolina, a handgun transfer (even a gift) requires a permit unless the recipient has a concealed carry license. Learn about the different types of gun permits in North Carolina and how to avoid unintended criminal offenses.
The states our gun trust attorneys serve ranked favorably, but curious which state was the best and which was the worst? Arizona topped the list and California came in last. Read the entire list here.
Tom2017-03-16T18:39:04+00:00