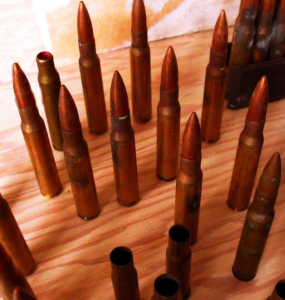 Florida gun lawmakers are proposing provisions similar to the 2014 Tennessee Firearms Freedom Act, but it has differences. As more states present clear definitions of state and federal powers affecting firearms, Florida’s proposed legislation does not set forth restrictions for federal authorities. Instead, the pending law recognizes federal authority in respect to firearms, but eliminates state cooperation with federal regulations.

House Bill 733 is referred to as the Second Amendment Protection Act. If passed into law, Florida firearms owners would still be accountable for violations of federal gun law, however, state and local officials will not enforce federal consequences of these violations.

Federal gun regulations are changing, but when and how future restrictions will affect American gun owners remains unclear. Delays of federal gun trust regulation changes continue, although President Obama announced continued action toward gun control measures in his recent 2014 State of the Union address, “with or without Congress.” (Obama presented reform of gun policies in his 2013 State of the Union address as well.) As time passes, federal changes loom and state-by-state changes are taking place to preemptively protect and manage gun rights.

Florida’s Second Amendment Protection Act may pose consequences for local law enforcement and residents of “The Gunshine State.” Since the Act proposes to remove state-level support of federal gun law enforcement, not only will the state not cooperate with restrictive federal requirements, federal gun laws that offer gun owners added protections will also be disregarded. Pending legislation awarding national reciprocity for concealed carry licenses would be ignored as the bill is written now. The bill offers no clear definition between restrictions and protections.

One critical piece of federal law is the National Firearms Act, which addresses purchases, transfers, and possession of Title II firearms. Florida currently allows Title II firearms to be bought or sold under NFA regulations. House Bill 733 offers no support of federal regulations—which means acquiring and transferring NFA items in Florida will become difficult to navigate. Background checks for firearms transfers may be impeded, producing delays or other complications for Florida gun owners. It is a crucial time to explore the benefits of Florida gun trusts and speak with a lawyer who can advise the best ways for you to purchase, own and manage your firearms.