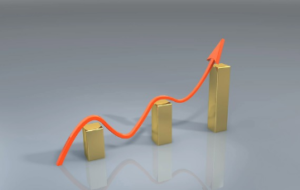 The number of permit requests may be a result of pending legislation, or awareness that when it comes to firearm-friendly states, Tennessee is a prime spot for gun owners. Currently there are no enforceable restrictions on magazine capacity or modern sporting rifles. Tennessee ranked #25 in the nation when ranked for top concealed carry states. (For the latest Tennessee handgun permit statistics, visit the TN Department of Safety and Homeland Security.) The Tennessee Firearms Freedom Act, which protects select gun rights for residents, offers additional benefits for gun owners in the state.
With the number of gun owners increasing, the interest in responsible gun ownership and learning about gun trusts in Tennessee also rises. Although more residents have gun permits, and gun class enrollments are reportedly up, are all new gun owners making the right choices when it comes to properly transferring, sharing, and possessing firearms? Consequences of illegal transfers and sharing could result in jail time or six-figure fines. Criminal acts may occur unintentionally, but the consequences are enforced. Prevent possible criminal acts and preserve firearms for your family’s use with a gun trust.
If you are a new gun owner in Tennessee, shopping around for a firearm, or are learning about getting a permit – devote time to educating yourself about gun trust options in advance.
Tom2017-03-16T17:30:12+00:00