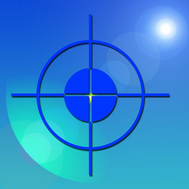 Southern Gun Law Group’s gun trust attorneys in Tennessee have shared news about smart gun technology, and now Tennessee offers a tax exemption for the manufacturing of firearms that fall in this category.

Smart guns permit only an authorized user to fire the weapon. This may be controlled by several different types of technology, one of which is RFID (radio frequency identification). RFID is the same technology many Americans have in their cars in transponders for toll collections, and all United States Passports printed from 2007 going forward have RFID. It’s a small device used for identity confirmation; when used with smart guns the individual possessing the firearm will need to be wearing a transponder in order for the firearm to be operable. Other technologies have developed fingerprint, retinal, and geo-selective smart gun features.
Tennessee has enacted Senate Bill 2118 in an effort to attract manufacturers of smart guns to the state. The legislation went into effect July 1, 2014 and offers an additional sales and use tax exemption for industrial machinery used in the design and manufacture of smart guns.
Rumors are circling that Tennessee may soon make it illegal to manufacture traditional firearms. A proposal may be presented that would make smart gun manufacturing the only legal option in state. No official word reported as of this writing.
Currently smart guns are not commercially available as federal smart gun regulations are still being developed (both for manufacturers and users) to meet the new technology.
Tom2017-03-16T17:22:28+00:00