What is the Veterans Heritage Firearms Act of 2015? 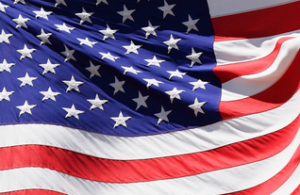 Many war veterans legally acquired firearms during their service time outside the United States’ borders. However, documenting firearms acquired internationally more than fifty years ago might be challenging as many veterans did not receive official paperwork for firearms acquired overseas. In 1968, Congress granted an amnesty period, but limited announcements were made regarding the timeframe in which the amnesty period applied.

If a veteran or surviving family member in possession of an internationally-acquired firearm attempts to register the gun without the required paperwork, they could face criminal charges under existing law. The Veterans Heritage Firearms Act of 2015 is a proposed piece of legislation that would provide individuals possessing NFA firearms (acquired overseas prior to 1968) an amnesty period. The individuals would be protected from prosecution during a specified time frame. This would allow veterans and those in possession of qualified NFA firearms a window of time to properly register firearms, which can help avoid future unintentional illegal possession charges or transfers.

Proper registration during the proposed amnesty period would also allow individuals the opportunity to register the firearms in the name of a gun trust. Bequeathing firearms is a sensitive process. Internationally-acquired firearms with no documentation are a challenge to effective estate planning. The Veterans Heritage Firearms Act of 2015 would offer a valuable opportunity to adequately document firearms.

Curious about old firearms, missing documentation for NFA items, or about including guns in your estate plan? Contact one of our gun trust attorneys to review your options. To check the status of the pending legislation, more about the Act in S.670 and H.R. 1316.