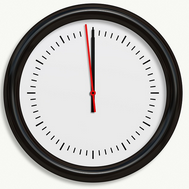 The Department of Justice and the Bureau of Alcohol, Tobacco, Firearms and Explosives originally announced a delay of ATF 41P in 2013. Subsequently, additional delays were announced on a handful of other occasions that eventually settled on a deadline of December 2015. This deadline has now changed again to January 2016.

ATF 41P is a proposed set of rules that would limit the current flexibility that gun trusts offer for purchasing and transferring firearms, remove a level of privacy, and impose heavy regulations on the creation of gun trusts. Gun trusts offer a responsible means of acquiring, transferring, and ‘storing’ firearms. Both NFA and non-NFA items may be held in trust.
Trust owners bypass a possibly lengthy and uncertain CLEO (Chief Law Enforcement Officer) signature approval process, avoid fingerprinting, photographing and background checks, and enjoy simple removal and addition of authorized users. The latter provides a powerful level of control to the trust owner and helps them protect loved ones from committing accidental felonies. Without a gun trust, should the gun owner become incapacitated or die, surviving family members might be guilty of a felony simply by acquiring the firearms. Even if this is unintentional, the accidental felon could face prison time and six-figure fines.
Some states have taken the initiative to impose deadlines on CLEOs for processing signatures. 41P does not set forth a federal ‘shall sign’ requirement. For example, North Carolina enacted a law on July 1, 2015 that requires all CLEOs to sign suppressor applications within 15 days. Gun owners in other states may not have this ‘shall sign’ law to rely on, and instead would be subject to the arbitrary decision of the CLEO.
The new regulations might impose a tax requirement on some estates, depending on whether the firearm is transferred to a beneficiary inside or outside of the estate. According to the provisions proposed in ATF 41P:
The executor may transfer firearms held by the estate on a tax-free basis when the transfer is to a beneficiary of the estate; when the transfer is to persons outside the estate, the executor must pay the appropriate transfer tax.
Mitigating tax requirements is just one of the benefits a gun trust offers. Gun trusts continue to provide effective estate planning for responsible gun enthusiasts. Although it remains unclear when and if the way gun trusts are created will be changed, now is a prime time to create a gun trust. This is also a good time to process trust transfers and acquisitions without the possible administration complications that will be borne if 41P passes in its current form.
Contact our gun trust attorney by completing the form here or calling 919.493.6351.By Attorney Samantha Reichle
Tom2017-02-23T20:38:11+00:00