Timeline of Proposed Sales Ban of Some NFA Items in Florida 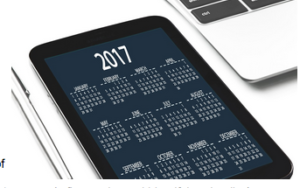 Florida lawmakers released an initial draft of House Bill 167 in early January 2017. HB 167 would ban private transfers and sales of large capacity ammunition magazines and assault weapons (with some exceptions) across the state. Only licensed gun dealers—those with Federal Firearms Licenses (FFLs)—would be legally permitted to handle sales and transfers, but to out-of-state parties only.

The bill also sets forth certification requirements for those already in possession of assault weapons, expands penalties for offenses related to assault weapons, and details transport stipulations for moving these items.

Timeline of legislation if passed in its current form:

October 1, 2017 – Persons possessing restricted items have one year to apply for a Certificate of Possession. (Active military members may qualify for flexible application times in certain circumstances.) Certificates would include an inventory of firearms, all identifying markings, and the owner’s fingerprint and identifying details (name, address, date of birth).

January 1, 2018 – All private transfers and sales of restricted items not permitted on or after this date unless an FFL purchases or acquires the item(s). The item(s) may legally pass via bequest or intestate succession.

July 1, 2018 – Possession of restricted items on or after this date is a third-degree felony with a one-year mandatory prison term, with exemptions for military/law enforcement possession. Exemptions also extend to individuals eligible for a Certificate of Possession application by this date, the person lawfully owned the item before October 1, 2017 or the individual is the executor of an estate involving restricted firearms. The bill also relieves executors of certain consequences (and felony charges) who manage Florida estates involving banned firearms where a Certificate of Possession has been issued.

October 1, 2018 – Deadline for Certificate of Possession applications for persons who possessed a restricted item on or before October 1, 2017. Individuals moving to Florida after October 1, 2018 who possess banned items would be required to render the item(s) inoperable, remove the item(s) from the state, or sell to an FFL within 90 days of their relocation. Most sales for and possession by law enforcement and military are exempt.

The law would take effect October 1, 2017. As noted above, only sales/transfers made to FFLs after this date would be permitted. Individuals moving to Florida following the aforementioned date who possess banned items would be required to render the item(s) inoperable, remove the item(s) from the state, or sell to an FFL. Most sales for and possession by law enforcement and military are exempt.

The bill defines “assault weapons” as:

Any selective-fire firearm capable of fully automatic, semiautomatic or burst fire at the option of the user or any of the following specified semiautomatic firearms.

Specific banned items are listed on pages 2-8 of the bill text. Many of the items are regulated under the National Firearms Act (NFA). Responsible gun owners manage their NFA and non-NFA items with a gun trust. To learn how existing gun trusts may be impacted by the pending legislation, schedule a consultation with a Florida gun trust attorney. Regular reviews of the trust document are helpful, but even more effective when law or life changes are imminent.
Tom2017-02-23T19:54:53+00:00