The South: Best Gun Laws in the Nation for 2013 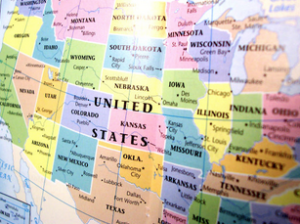 A new report ranks every state in the nation based on state gun laws. Compiled by Guns & Ammo Magazine, the report compared: The restrictions imposed on firearms or ammunition, licensing standards and reciprocity, and self-defense laws. Gun owners in the South will be happy to learn that each Southern state scored in the Top 25 in the nation.

Out of the states that the gun trust attorneys at Southern Gun Law Group service, Florida came in at the top. With one in four residents owning a gun and no restrictions on magazine capacity or modern sporting rifles (MSRs, ARs, AKs), Florida ranked twelfth in the United States.

Tennessee comes in last with respect to the South. Twenty-third in the nation, Tennessee gun laws impose several restrictions where you can and cannot carry, and select jurisdictions’ local laws supersede state gun laws. However, no restrictions are enforced on MSRs or magazine capacity. When it comes to self-defense in Tennessee, according to Guns & Ammo, “Residents have no duty to retreat before using deadly force—as long as they’re acting lawfully and allowed to be where they are.”