Requirements for Traveling with Guns on Planes 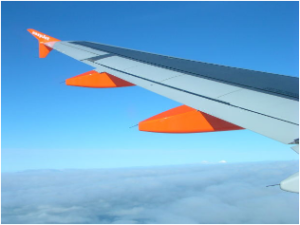 Last week local news reports announced that the number of gun seizures at North Carolina airports is increasing. If the current rate continues, the number of seizures may break records. In Florida, Orlando’s airport leads the entire state with the highest number of confiscations, by June nearly 20 people were arrested. This isn’t just a trend in the South. Almost 900 guns were seized at airports across the nation in the first half of 2013.
Gun owners with concealed carry permits sometimes fail to acknowledge that federal law does not permit firearms to be carried on airplanes. Other times, most travelers simply forget to leave their firearms at home and never intended to bring them.
Consequences for bringing weapons on planes:
The proper way to travel with firearms legally under federal law is to declare the weapons and pack them in checked baggage. The weapons must be unloaded and stored in a locked box. Ammunition must be stored separately in checked baggage only. BB guns, compressed air guns, flare guns, gun lighters, pellet guns, replicas of firearms, and starter pistols are all permitted in checked baggage. (Flares are not permitted in carry-on or checked baggage and compressed air cylinders must remain detached.)
If you don’t plan on flying and are traveling with your weapons on the ground, you will need to research the gun laws of each state you are traveling through. Most states follow The General Rule that requires firearms are kept unloaded, cased, and locked in the trunk of an automobile. When you are moving (whether in the same state or to another state) and you own guns, our gun trust attorneys outline the paperwork you need in order to prevent unintended criminal action.
Tom2017-03-16T19:58:47+00:00