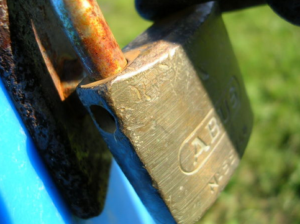 After an AR-15 in Dunn, North Carolina was stolen from an open garage at a private home, surrounding neighbors and gun owners are growing curious about how firearms must be stored. Gun storage laws in North Carolina typically apply to situations involving minors. As an investigation of the stolen item is still developing, it remains to be seen if the gun was stolen by an underage individual.

North Carolina gun storage laws require all gun owners to keep firearms locked or out of the reach of children. Violating this law—besides the potentially deadly consequences of a mishandled weapon—results in a misdemeanor.

Gun safes are a popular option for the owners of firearms who want an added sense of security, not only to prevent theft of firearms, but to keep guns away from innocent toddlers or curious children and teenagers. As smart gun technology develops—which uses electronic identification technology to activate the gun for designated users—even more protections will be available to gun owners.
One of the bills under consideration at the North Carolina General Assembly that affects how firearms are stored in the Tar Heel State is House Bill 49, which addresses how firearms are stored in locked motor vehicles. The bill proposes that businesses and employers will not be allowed to prevent individuals on their premises from keeping a firearm in a locked vehicle. (Unless the vehicle is owned or leased by the employer.) Other exceptions include properties that state or federal law prohibits firearms, that manage utilities such as electric, water, petroleum, or natural gas; or on sites where hazardous chemicals are managed.
With properly documented permissions, minors may legally possess and share firearms. Not every state permits gun trusts, but North Carolina does. Gun trusts can act as a “legal gun safe” where gun owners rely on a binding legal document to manage how firearms are used and transferred. Learn about pending federal legislation that may affect gun trusts and cause delays around the country.
Tom2017-03-16T18:35:26+00:00