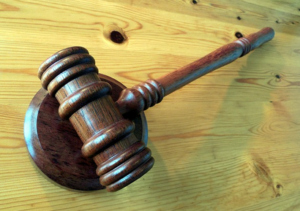 Owners of firearms in Tennessee might want to keep an eye on nearly a dozen proposed changes to state gun law. Some of these legislation updates affect compliance with the National Firearms Act, transactions by gun dealers, and guidelines for firearm felonies, among several other items. All of the below bills were introduced to legislators in January 2015:

SB0207: Permits handgun carry permit holders (that received or renewed their permit within 5 years) to complete firearms transactions with a gun dealer without a criminal history check.

SB0206: Exempts hunting supplies and accessories, firearms and ammunition in a “Second Amendment Sales Tax Holiday” to be held annually in September.

SB0181/HB0136: Creates an exception to the offense of possession of a short-barreled rifle or shotgun, firearm silencer, or machine gun if the person possessing the firearm was in full compliance with the National Firearms Act.

SB0168/HB202: Extends liability for civil damages to employers (public and private) who take an adverse employment action against employees who lawfully transport and store a firearm in a motor vehicle.

SB0149/HB0173: Removes the provision that makes possessing a firearm illegal on any property owned, used, or operated by any school or board of education (public and private).

SB0070: Adds additional language to TCA Section 39-17-1309(e) that clarifies it is not an offense for an individual to transport and properly store a firearm in a motor vehicle parked “on property owned, used or operated by a school.”

SB0068: Proposes liability protections to landowners (including archery and shooting ranges) who use their land for activities involving sporting clays, shooting sports, and target shooting.

SB0039: Creates limitations on the types of military vehicles, aircraft, and weapons state and local law enforcement agencies may own or use. An agency who owns or uses items included in the proposed criteria “shall divest itself of or destroy such vehicle, aircraft, or weaponry prior to January 1, 2016.”

HB0139: Makes intentional possession of a stolen (or believed to be stolen) firearm a Class E felony. If approved, will take effect July 1, 2015.

Changes to Tennessee gun laws should prompt review of how you possess your firearms. Does your estate plan effectively address the guns you own? Learn more about including a gun trust in your estate plan.