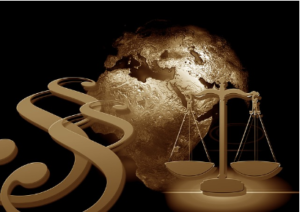 Soda can launchers operate similarly to some potato guns, with most models using gas power, a barrel, and a pressure tube to launch a standard 12 oz. soda can. One soda can launcher product manufacturer recently received a letter from the Bureau of Alcohol, Tobacco, Firearms and Explosives (ATF) alerting the manufacturer that modified versions of these devices violate the National Firearms Act.

X Products LLC produces the Can Cannon, a soda can launcher that the ATF does not consider to be a controlled firearm in the manner that it is manufactured and sold. However, the ATF considers these devices as rifles and weapons if certain aftermarket modifications are made. The manufacturer has reportedly alerted its customers of the ATF’s findings, which state that any individual who owns, possesses, or operates a soda can launcher with the below modifications may possess an NFA weapon:

The ATF’s decision means several things for individuals who own, share, buy, or sell soda can launchers. Now that the ATF considers modified soda can launchers as SBRs and AOWs, they fall under complex regulations. Individuals who have not paid the appropriate tax stamp for these items could be considered felons under current law. Sharing these items could also be considered a felony. To help prevent these and other legal issues, individuals might consider “storing” these devices in a gun trust. A gun trust allows the settlor to designate authorized users, which provides trusted individuals the legal ability to possess the items. Placing these items in a gun trust can help to prevent owners and their friends and family from unintentionally committing a felony. In light of the ATF’s recent determinations, individuals should contact a gun law attorney to ensure appropriate taxes are satisfied and documentation is complete.